AACT Members in the Military

“When reflecting on my time on active duty, my most profound experience was deploying with the 47th Combat Support Hospital (CSH) to Mosul and Tikrit, Iraq.  In 2006 there was intense fighting resulting in multiple daily trauma activations.   We had many mass casualty episodes where we received 20-30 patients over just a few hours.  Those of us at the CSH were not warfighters, but we experienced firsthand the extreme trauma, suffering, and loss of war.  It’s been over 14 years since I came home, yet I continue to think about my experiences at the CSH.  Mostly it’s a combination of horrific combat casualties, being on the receiving end of regular mortar fire, and the loneliness of being away from my wife and two children; intermingled with the honor of providing care for both US soldiers and locals in need.”

-Brandon Wills, DO, FACCT, Board of Trustees 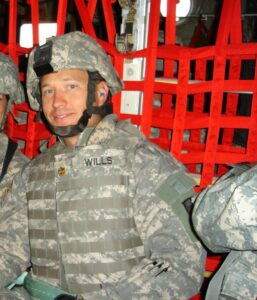 Volunteer for a committee, as a section chair, student chapter mentor, author Question of the Day and more!